I finally have my garden finished. 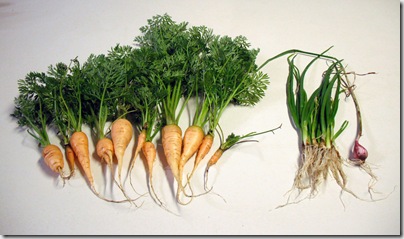 These are the carrots and onions that I pulled out from the fall. 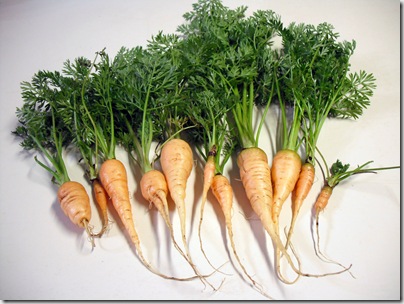 Aren’t they cute? Too bad they didn’t taste very good (they were kind of bland). It was fun growing them, though! 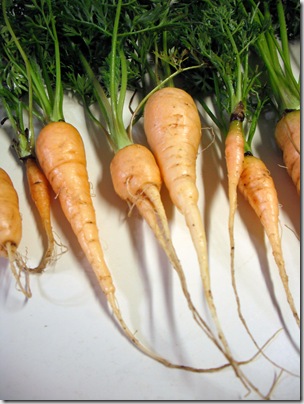 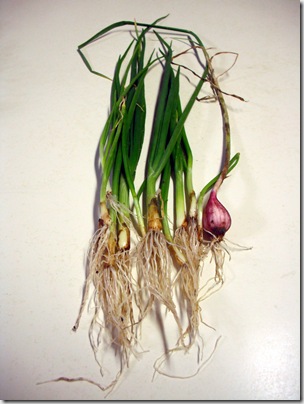 The onions were supposed to be Walla Walla onions but ended up more like green onions (except for one lone onion that I found on the opposite side of the garden). 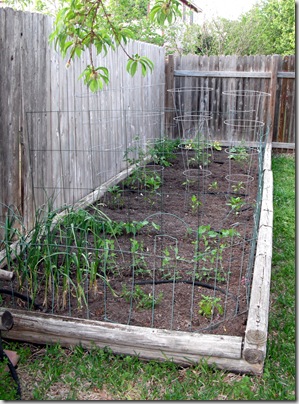 Here’s the garden now. Everything is planted and has mulch around it. I already love the lack of weeds! 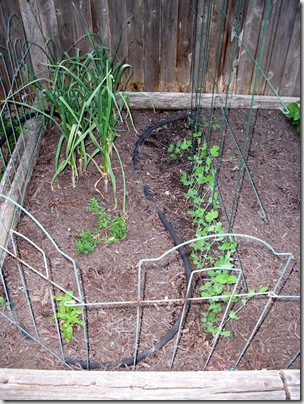 On the left is garlic from the fall, oregano, and basil, and on the right are snap peas. 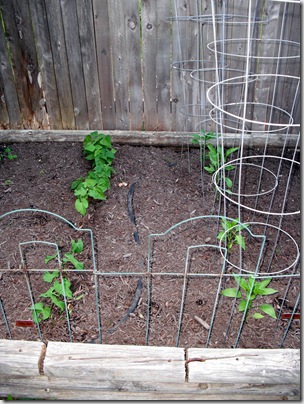 Then we have green beans and four bell pepper plants (two green, one yellow, and one red). 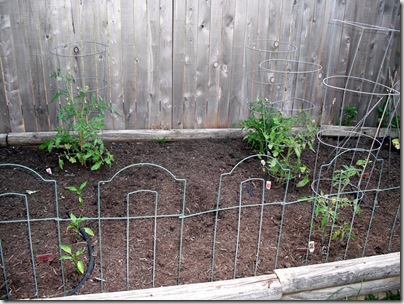 Next up are three jalapeno plants and four kinds of tomatoes (including one heirloom!). 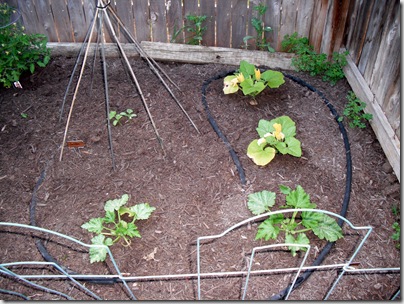 Rounding up the end are cucumbers, yellow squash, and zucchini. 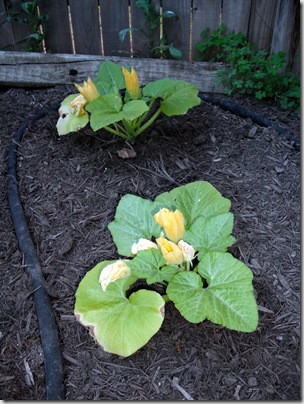 There is already some yellow squash growing! I was so surprised to see it blooming already. These are going to make for some good grilling this summer. 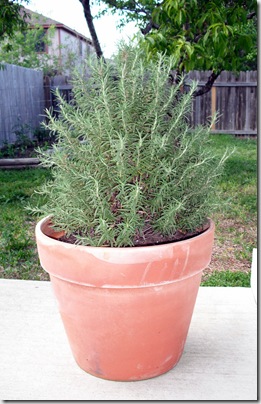 The rosemary from last year is going strong, and I have a mint plant that still needs transferred to a pot. My peaches are quarter-sized as well. It’s definitely going to be an exciting growing season. Last year we learned a lot about what works both in our yard and in terms of what we like to eat, so we’ve taken that into account for this year. I’m also planning on tracking spending and yields this year to better understand what grows best in our yard.

By the way, I recently stumbled upon a wonderful blog called Goodlife Eats that is having a weekly feature called GrowCookEat. Her feature will include gardening posts, recipes, guest posts, and other growing and cooking goodies. It looks like it’s going to be a lot of fun, so head over and check it out!